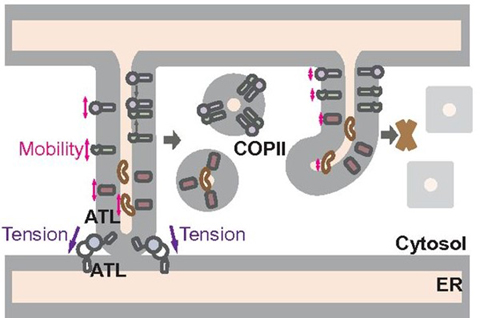 Prof. Yusong Guo and his collaborators Prof. Hu Junjie from the Institute of Biophysics of the Chinese Academy of Sciences reported that the endoplasmic reticulum (ER) fusogen atlastin (ATL) was involved in regulating cargo mobility and COPII formation in the ER. Their finding, published in PNAS on June 25, provides important insight into the physiological role of the tubular ER network.

In eukaryotic cells, the ER forms a complex network of continuous sheets and tubules. Tubules are shaped by a class of integral membrane proteins, the reticulons, and REEPs, and subsequently connected in the form of 3-way junctions by dynamin-like GTPase atlastin.

Deletion or mutation of ATL in mammalian cells results in long unbranched ER tubules indicative of a lack of fusion between tubules, and mutation of human ATL1 is linked to hereditary spastic paraplegia. Prof. Hu’s previous work demonstrated that ATL and its homologs mediate fusion of the ER, particularly the tubular network, but the specific physiological functions of the tubular ER networks remain unclear.

While ER exit site initiation was not affected, many of the sites failed to recruit COPII subunits. Subsequently, in vitro vesicular release assay revealed that the efficiency of cargo packaging into COPII vesicles was significantly reduced in cells lacking ATLs.

Further studies found that cargo was less mobile in the ER in the absence of ATL. Interestingly, the cargo mobility and COPII formation could be restored by ATL R77A, which was capable of tethering, but not fusing, ER tubules. 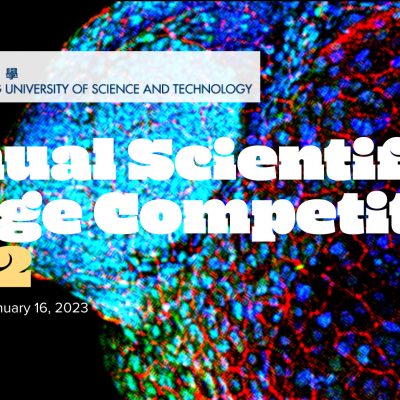