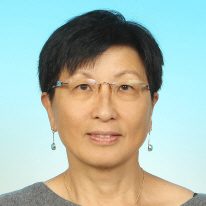 Bik Tye is visiting Professor at the HKUST and Professor Emeritus at Cornell University. She received her education and training from Wellesley College (BA, 1969), University of California, San Francisco (M.Sc. 1971), MIT (PhD, 1974) and Stanford University (Postdoc, 1977). Her interest in DNA replication began with her postdoctoral training at Stanford where she discovered that short Okazaki fragments were generated by aberrant DNA repair in E. coli. At Cornell, her first project was to screen for yeast DNA replication initiation mutants called mcm that exhibited an ARS-specific minichromosome maintenance defect. The MCM2-7 complex was later shown to form the catalytic core of the replicative helicase. Together with Dr. Yuanliang Zhai, they established the DNA Replication Group at HKUST to study the high-resolution structures of MCM-associated replication complexes in yeast.

Every time a cell divides, the entire genome of 6 billion base pairs (in the case of human) has to be replicated with the utmost accuracy and efficiency. This elaborate process of DNA replication is regulated at every step of the way from origin licensing at G1 phase, to initiation at the G1/S phase transition, to elongation synthesis during S phase, to termination at the end of S phase and the separation of the sister chromatids at G2-M phase. Our group is interested in understanding the molecular mechanism of each of these steps using high resolution cryo-EM structures of the DNA replication machinery as the framework to interpret biochemical and genetic data for model building.