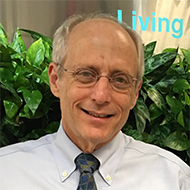 Karl Herrup received his Bachelor’s degree from Brandeis University in Waltham, MA and his Ph.D. in Neuroscience from Stanford University in 1974. After two postdoctoral fellowships – in Neurogenetics at Children’s Hospital/Harvard Medical School, and in Neuropharmacology at the Biozentrum in Basel Switzerland – he joined the faculty of the Human Genetics Department of Yale Medical School in 1978 as an Assistant, then Associate, Professor. He became Director of the Division of Developmental Neurobiology at the E. K. Shriver Center in Waltham, MA in 1988. In 1992 he moved to the Departments of Neurosciences and Neurology at Case Western Reserve University Medical School and University Hospitals of Cleveland. While there, he directed the University Alzheimer’s Center from 1999 through 2005. In 2006 he moved to the Piscataway/New Brunswick campus of Rutgers University to become Professor and Chair of the Department of Cell Biology and Neuroscience. In July 2012, he moved to Hong Kong to become the Head of Life Sciences at Hong Kong University of Science and Technology.

The Herrup laboratory research is focused on the biology of nerve cell death and the paradoxical role that failed cell cycle regulation plays in the process. His work includes a strong translational interest that directs his studies towards a few select human neurodegenerative diseases including Alzheimer’s, a very common late-life dementia, and ataxia-telangiectasia, a very rare multisystem disorder of childhood.