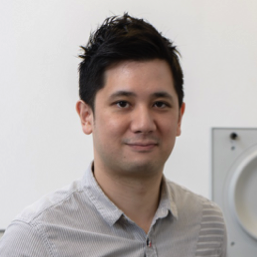 PhD The University of British Columbia

Dr. Leung received his B.Sc in Human Genetics from University College London and his M.Sc. in Human Molecular Genetics from Imperial College London. He subsequently conducted his Ph.D. research at the University of British Columbia where he began to delve into the field of epigenetics. Dr. Leung then conducted a post-doctoral fellowship at the Ludwig Institute for Cancer Research San Diego. He was a California Institute of Regenerative Medicine fellow and the project manager of the San Diego branch of the NIH Roadmap Epigenomics Project. He was the recipient of the 2017 Croucher Innovation Award. His laboratory’s research focuses on the interplay between epigenetic pathways in the regulation of non-coding DNA.

Mammalian genomes consist mostly of non-coding sequences. Within this massive proportion, previously misclassified as “junk DNA”, resides elements that function to regulate normal transcriptional programs. We are particularly interested in two classes of non-coding sequences: cis-regulatory elements (transcriptional promoters and enhancers) and endogenous retroviruses. Our research focuses on dissecting how non-coding sequences are epigenetically regulated in both normal development and disease. We utilize various epigenomic and molecular biology tools to delineate epigenetic pathways that modulate the activities of cis-regulatory elements and endogenous retroviruses, and their downstream effects on gene expression. Specifically, we are interested in 1) elucidating the function of non-coding elements in normal cellular processes; 2) determining the role of chromatin modifiers in 3D genome architecture, and 3) uncovering the epigenomes in cancer.